I’ve been thinking about this for a while and I have decided to rewrite my first novel, Soulmates! While I am very proud of publishing this work right after graduating high school, I do believe that I can rewrite it so that it is a better book.

For those of you who have already read it, thank you! Don’t worry, there are no major plot changes. I am still quite happy with the plot I designed and I plan on continuing it throughout the trilogy.

I am simply rewriting the novel, from the very beginning to the end, so that I can make sure that it is my absolute best work possible. I have just completed the first chapter today, which is an expedited pace compared to when I initially wrote the first chapter.

I hope to finish it before I go back to Cal Poly Pomona for my junior year of college.

Thank you all again for your continuous support, I appreciate it so much!

I’ve been thinking about my recent blog posts and realized they have to do with lifestyle instead of Kaitlin Powell Books. While I will be keeping this website and still working on the Soulmates series, I will also be running a lifestyle blog that will be more personal.

It will be updated weekly, on Monday and Friday. For the first post, I was too excited to wait until Friday so I posted on a Tuesday! I will try to get as much content out as I can while juggling being a full-time student and collegiate athlete. I am excited with the summer coming up so I will be able to work on the Soulmates series.

A couple of weeks ago, I made a conscious effort to be more attentive to what I was eating. I didn’t eat when I wasn’t hungry, I didn’t eat as much as I could until I was so full I couldn’t eat, and I didn’t snack between meals.

As a result of my choices, my skin cleared up, I lost a bit of weight, and I felt like I had more energy than I usually did! I was stoked.

The first choice that I made that led to this was realizing that I wanted to change my dietary habits. Change will never be made if there isn’t a desire for it to happen. Once I knew what I wanted to do, I took steps to make sure that I could make it happen.

A couple of years ago, I had purchased a FitBit. I found it and started using it again, so that I could track things such as the calories that I burned, the steps that I took, and other health measures (sleep tracking, heart rate monitoring, etc). I also logged the food that I ate, how much water I drank, and how much I exercised.

Now, since I’m a collegiate athlete, I am exposed to more workout opportunities than the normal college student. I have to lift weights twice a week and practice daily. Given this, I burned more calories and in turn could eat more. On days I didn’t work out, I would try to walk everywhere I could so that I could gain more steps and burn more calories.

I knew I had to balance how much I worked out and how many calories I ate. I had to make healthier choices about what I had for my meals. I ate smaller portions than what I used to, which was hard at first but then me and my stomach got used to it. Now, I’m able to eat smaller meals without even thinking about it.

Another thing that I did was to only drink water. I’ve never liked soda or carbonated drinks, so I had to stay away from drinks like LifeWater, Gatorade, and Arizona. While hard, I knew the final result would be worth it. I didn’t completely eradicate it from my diet, but I limited my intake of sugary drinks to one a week.

While I was doing this, the pounds I was trying to lose were slipping away and my skin was clearing up. Before I knew it, I had lost six pounds and my skin was almost completely blemish-free. As I’m writing this, I only have one blemish–which is really impressive for my skin.

Another thing I did for my skin was having a skin routine that I follow religiously. I use Rodan and Field’s Unblemish routine and it has been life-changing for me. While a bit expensive, I think it is worth every penny because my skin have been so much clearer as soon as I started using it.

As soon as I did all of these things, I lost weight, had clearer skin, had more energy, and felt better about myself. At the end of the day, there is nothing more important than self love.

In fiction writing, one of the most important things to include is emotion and emotional depth to your characters. You want to be able to convey what they’re feeling, whether it’s turmoil or joy, without summarizing what’s happening in your story while it’s happening. This flaw is what can turn great novels filled with fantastic ideas to only mediocre novels, littered with poor writing.

The first tip I would suggest is taking advantage of the connotation of the word you’re using to describe the emotion in your character. You can make the readers feel certain emotions without spelling it out for them–they won’t even realize that you’re making them feel this way. Let’s take the emotion anger. Anger is in almost every piece of fiction writing because it increases character development and plot development.

As Katie’s brother continued to knock on the bathroom door, she rolled her eyes in annoyance and resumed finishing her makeup.

Another trick that I recommend using would be emotionally-loaded words. Let’s take the general emotion of confusion. In longer works of writing, at least two characters go through confusion at some point. But, varying on the author’s discretion, the characters could be going through two completely different emotions. Here’s an example:

Amanda was apprehensive about trusting her neighbor’s suggested plumber considering she sees the plumber’s car in front of their house every other week.

As you can see, Amanda is being cautious about her decision to call that certain plumber. This gives her character a wary feel, and makes the reader think she would be the kind of character to think things through. Then there’s this example:

Edith was overwhelmed when her professor assigned three chapters to read less than a week before their midterm.

In this example, Edith can be seen as two options: the scatter-brained college student with too much work to handle without an overload of stress, or someone who doesn’t wish to complete the work they are assigned.

Apprehensive and overwhelmed are both synonyms to confusion, but have very different meanings when used to describe characters. By using this technique, you can make the reader see your characters in the way that you want them to.

At the end of the day, a writer’s job is to make his/her readers feel something, whether it be emotions towards the characters or for the characters. You can choose which option you want to apply to your work by just being wise about which words you use.

Thanks for reading! Love,

As you can see, I haven’t been too active on Kaitlin Powell Books because I am balancing being a full-time college student and being a student-athlete. However, I do want to keep writing and publishing my works.

While I haven’t had the time I’ve wanted to finish writing the Soulmates trilogy, I will be using the Blog portion of my website to be able to share my thoughts on a variety of topics. I hope you enjoy!

The first topic that I want to write about is stress. I have all of my finals next week and a midterm tomorrow, so it’s safe to say stress is very common on my campus at the moment. With that being so, I want to share some tips and advice on how to deal with stress in a manageable and healthy way.

I hope these help you with your stress! These tips really helped me get through finals weeks in the past and I know they’ll get me through the upcoming one. I hope your stress gets diminished after trying these things!

Hello everyone! I have big news!

Starting today, I am starting a new novel. I have had this idea for such a long time but today I sat down and started writing down characters and plot arcs. Before I knew it, I had written over six pages worth of ideas.

While it is not a continuation of the Soulmates series, I do have other plans for that series.  It’s not over yet!

This will be a new series and in the coming weeks I will have a title and a synopsis ready for everyone! Thank you again for your patience and your everlasting support! I appreciate all of you so very much.

In the loving spirit of tomorrow’s holiday, I’ll be having another sale! The print copy will be 20% off and the Kindle version will be 25% off! The links to these are on the home page! Thank you again to everyone for your amazing support and love.

Hey guys! In honor of the holiday season and the New Year, I’m having a sale on Soulmates! This sale will last until January 31st, so please hurry and pick up your copies before the sale ends! Tell your friends!

I hope everyone had a wonderful holiday season with their friends and families! Happy New Year!

On my Goodreads blog today, I mentioned a big surprise that’s coming in December! I’ve also been tweeting about this for a few weeks now (handle is @kaypowellbooks).

A few months ago, I was thinking about how I could further expand this universe of Soulmates besides the original trilogy I had planned. I had blogged about the idea of potentially writing three or four novellas.

And for the past few weeks, I have been planning my first novella! I decided on which character it would be and have been designing the chapter layouts whenever I had a spare moment (college and playing sports does take up more time than I had anticipated).

And now I can confirm to you that I will definitely be writing and releasing this novella exclusively on Amazon Kindle sometime in December!

I will be blogging and tweeting about this more and more as it comes up so please stay tuned. 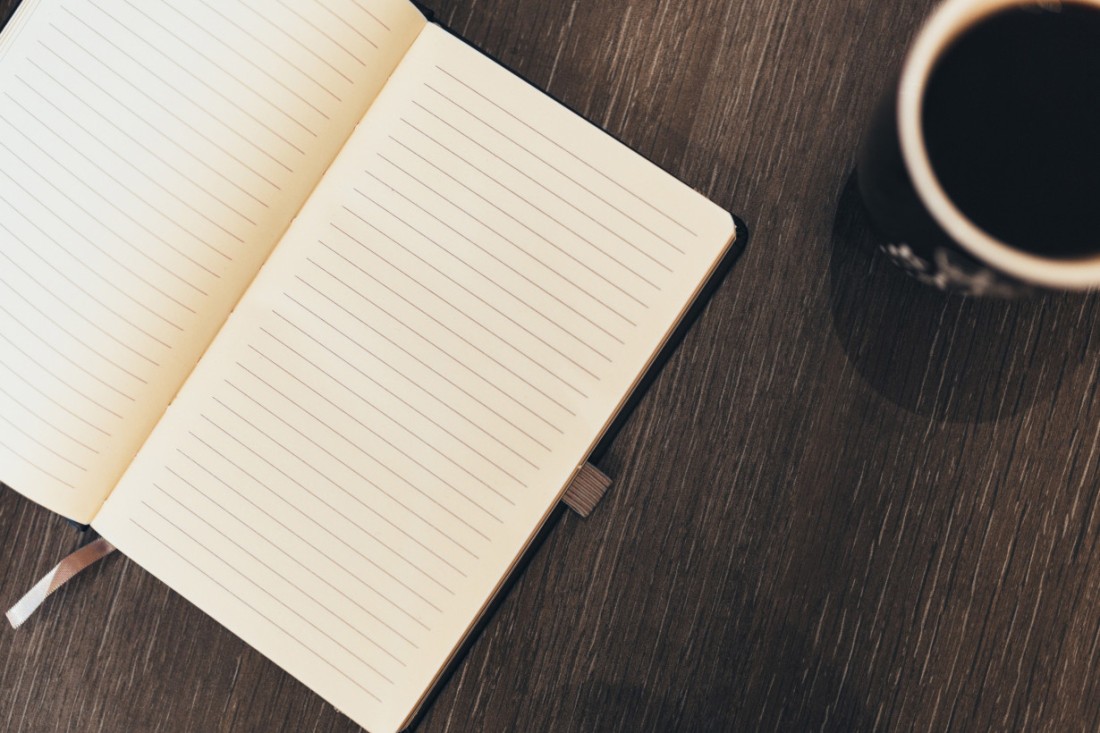 There is a signed copy of Soulmates being given away on Goodreads.com! The giveaway ends on September 20, so hurry and get your copy! If you have an account on Goodreads, you can now add Soulmates to your To Read list or any others. If you have already read Soulmates, reviews are greatly appreciated!

You can find the giveaway on goodreads.com here: https://www.goodreads.com/giveaway/show/199651-soulmates

If you do not have an account, you can make one here: http://www.goodreads.com